I am happy to be posting again because I have quite a number of stories to share with you. The weekend prior the Valentine’s saw me chilling out with my girls. I shared a hostel with them back when I was in first and second year and they have grown to be one of my closest pals. The hostel was located in an estate called Akila and thus I fondly refer to my former housemates as The Akila Ladies.

The Nairobi Restaurant Week was on at the time and what better way to catch up than over some good food? It was a full out Girls Weekend, the whole she-bang was going on; short skirts, lots of glam, dinner, swimming and a cosy blanket for the movie night in.

The beginning of the weekend was kicked off on Friday by was a sumptuous three-course meal at the Black Gold Restaurant in Panari. 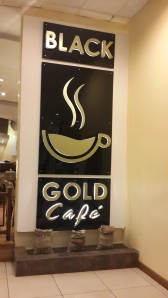 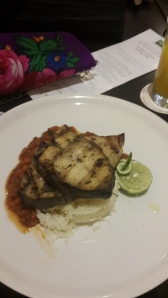 The service was excellent and the food was to die for! The meal was escorted by some Sauvignon Blanc but do I say? Omera! 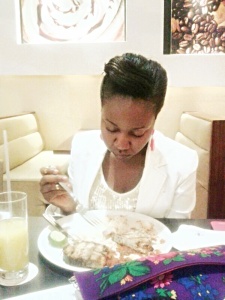 The following day, Saturday, was chilled out. This is where the cosy blanket comes in handy. 😉 We spent most of the afternoon eating lasagna, watching music videos and catching up. We, (around seven ladies), were spending the night at West-lands; one among us offered to be the host. Much gratitude to her! We had not met as a group since the year began and this was our chance to fill each other in on the latest. Afternoon passed and evening came; the girls were ready to conquer the night. This is the point within the Girls’ Weekend that the ‘short skirts’ and the ‘lots of glam’ come into play. Are you getting the flow now?  😉

All roads led to Aqua Blue in Westlands, which was not far away from where we were spending the weekend. We danced like we were on a payroll and before you know it, the morning found us still getting down to some big tunes in the club. After exhausting ourselves fully, we returned to Westlands to catch some forty winks. Let me make things clear, a girls’ weekend is NOT about sleeping. Be sure. A few hours later, we were awake wolfing down a very tantalizing breakfast-cum-lunch. After the food settled in our stomachs, we went in for a dip in the pool. The water felt so good against my skin. I had really missed swimming. 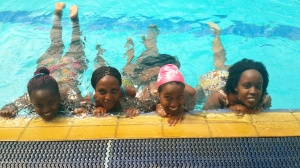 That was quite the weekend for me I must say. I had bucket loads of fun-filled activities and good food to share. This is the part where I unplug my earphones and shut down my computer. Thank you for successfully reading this post till the end. Adios!