We are in the beautiful month of June and you know what? June is my birthday month!! Can I hear a shout of praise! 🙌🏽🎊 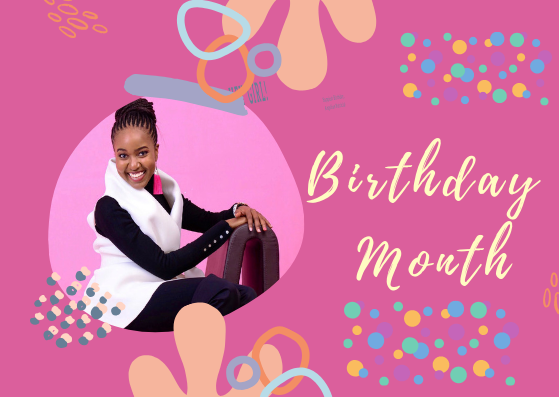 I know that you are deeply thankful that God brought me to earth at such a time as this and you know what? I’m grateful too! 😉 Haha!

“…Yet who knows whether you have come to the kingdom for such a time as this?”

There was a time, not too far back, when I really wanted to die and when I say ‘really’, I mean it… but… I am here to speak LIFE. We are, after all, commemorating the month in which I was born! 🙂

This is my first post for the month of June and it also happens to be #WorldEnvironmentDay🌍! Well, the day is pretty much over and we are just about to conclude the night (in Kenya that is) but the fact remains that this post was published on June 5th! 😉

The on-going Climate Crisis is something that is very close to God’s heart because… He is the Creator of heaven and earth!

‘The earth is the Lord ’s, and everything in it. The world and all its people belong to him. For he laid the earth’s foundation on the seas and built it on the ocean depths.’

Furthermore, man was given the mandate to tend to the Garden of Eden and this translates to us taking care of our environment.

‘And the Lord God took the man and put him in the Garden of Eden to tend and guard and keep it.’

So rest assured that God is very much involved in the Sustainable Global Goals (SDGs). The SDGs may have been authored by the United Nations but they definitely originated from God.

Some of my readers who know me personally can attest that I am really passionate about  #ClimateAction and #ZeroHunger and by God’s grace and divine plan, He opens doors for me to advocate for youth involvement in Agriculture and environment conservation.

How do you envision the year 2030 will be? #ZeroHunger #CFS45 @UN_CFS @FAO pic.twitter.com/H33HRRpQXg

This morning, I was reading about Peter’s short-lived, walking-on-water experience. Many a times, I have heard teachings and sermons on how Peter’s faith wavered and thus he started sinking but today, during my devotion, the Holy Spirit gave me another insight – Peter DARED to believe!

‘ But instantly He spoke to them, saying, Take courage! I AM! Stop being afraid! And Peter answered Him, Lord, if it is You, command me to come to You on the water.’

Jesus had twelve disciples but only one dared to come out of the boat and walk on water like Jesus did. When the disciples first saw Jesus walking on water, every single one of them was spooked out:

‘ And when the disciples saw Him walking on the sea, they were terrified and said, It is a ghost! And they screamed out with fright.’

ALL the disciples were startled to the core yet, in spite of being frightened, Peter called out to Jesus and dared to experience the supernatural. It was -and still is- not normal for a human being to walk on water but here we see Peter bold enough to step away from hurdling in terror with the rest of the disciples, to join Jesus in this spectacular, mind-boggling feat albeit momentarily. Peter’s glimpse display of faith and valour before the doubt kicked in, is still commendable! Look here, Peter still was the only one who attempted to join Jesus. The rest of the disciples were probably, but most likely, shaking vehemently in the boat like a dry leaf in a storm – pun intended! 😅

Another interesting revelation that I got from that portion of Scripture is that God responds to our faith. The remaining eleven disciples were not called out to walk on water because:

Jesus did not favour Peter in any way, it was Peter who asked to join him and Jesus’ response was simple… “Come!” That’s it! No terms and conditions applied, no reading in between the lines.. nothing but a quick… Come!

‘He said, Come! So Peter got out of the boat and walked on the water, and he came toward Jesus.’

Last week, I attended the East Africa Faith Conference hosted by Rhema Kenya and the theme was Faith that Moves Mountains. God has given us everything – not some things- but e.v.e.r.y.t.h.i.n.g that pertains to life and godliness. Check this out:

‘Everything we could ever need for life and godliness has already been deposited in us by his divine power. For all this was lavished upon us through the rich experience of knowing him who has called us by name and invited us to come to him through a glorious manifestation of his goodness.’

Faith is the debit card that allows us to draw from God’s inexhaustible bank account.  I read a quote by the late Smith Wigglesworth that goes, “God wants us so badly that he has made the condition as simple as he could: Only Believe!” I liked that… Only BELIEVE! Peter could only walk on water for as long as he believed that he could, and when the harsh winds struck him, his faith dwindled and he began sinking!

‘But when he perceived and felt the strong wind, he was frightened, and as he began to sink, he cried out, Lord, save me [from death]!’

Faith is what connects us to the supernatural. Faith is what pleases God! Can you imagine that? It is not the tithing, even though that is important, but it is faith that makes the Lord jump up and down with glee! 😃

‘And it is impossible to please God without faith. Anyone who wants to come to him must believe that God exists and that he rewards those who sincerely seek him.’

Incidentally, I was having a conversation with a friend of mine today and we happened to talk about blessings. I told this friend that we have all been blessed, none more than the other, but what differentiates us is our level of faith. Remember that our God is not a God of partiality, he makes the sun shine on both the good and evil (Matthew 5:45) and thus, He cannot bless one person more than the other. Jesus only called Peter to join Him to walk on water not because the remaining eleven disciples were any lesser than Peter, but because it is only Peter who believed.

There is so much more I have to share with you concerning this topic of faith but even as I wind down on this post, know that this is definitely not the end… I’ll be back! 😎 #Terminator

Speaking of faith; if you believe in your heart that Jesus Christ died and rose again but have not yet confessed it with your mouth (Romans 10:10), I would like you to repeat the prayer below:

Lord Jesus, I heed to your call in my life. I denounce the devil and my evil ways and I choose You to be Lord and Savior in my life. I believe in my heart that You died on the cross to set me free. I believe that You rose again from the dead so that I may have eternal life. I receive the life of Christ in me today. I am saved. I have been set free. I am born again. Jesus is Lord over my life.  Hallelujah!  I am now a child of God. In Jesus’ Name I confess.

Have you said that prayer out loud? Great! That is the first step of the beautiful journey that lies ahead of you. Remember, this little act you just did, will take you a long way….

2 thoughts on “A Little Goes A Long Way”